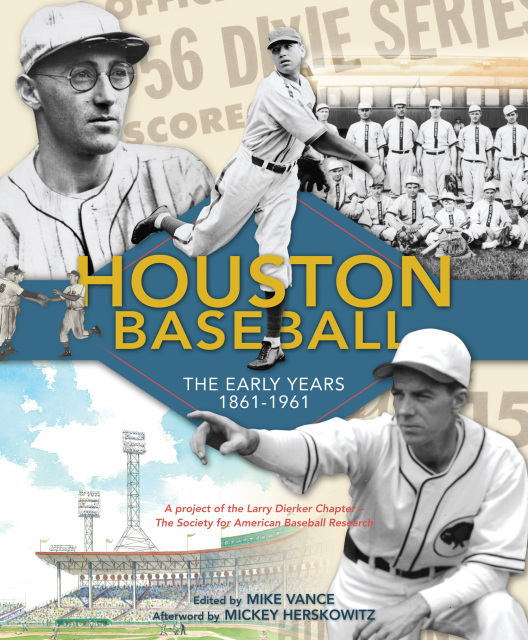 The success of the Astros notwithstanding, Houston is no newcomer to baseball. Imported from the northeast, the sport made its way to the Bayou City as early as the 1850s. Houston Baseball: The Early Years 1861-1961 chronicles each step in the development of Houston baseball from town ball to the emergence of a game that modern fans would recognize. Historian and longtime baseball devotee Mike Vance has crafted a fascinating history that will gratify enthusiasts and shed new light on the game that made Houston a sports town. The book covers the nineteenth-century rise of America's favorite pastime in Houston in far more detail than ever before. Dizzy Dean, Chick Hafey, Billy Williams, and Ron Santo are just a few of the legendary names to appear as Vance details Houston's ascension from minor to major league play. This definitive history of Houston's passion for baseball brings together politics, personalities, and love of the game. Richly illustrated and expertly told, Houston Baseball will delight fans of Houston baseball past and present.

*All items include taxes and domestic shipping